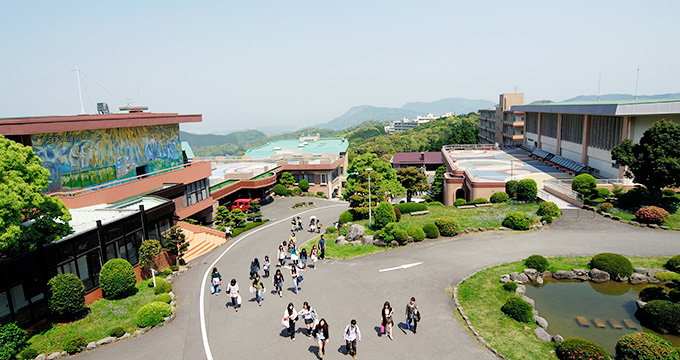 Nagasaki Junshin Catholic University is run by the Congregation of the Sisters of the Immaculate Heart of Mary, a Catholic religious congregation founded in Nagasaki in 1934 with the aim of promoting women’s education. Located amid tranquil surroundings in the hills of Nagasaki, it offers a number of taught degree courses from Bachelor to Doctoral level. Although its student base is predominantly female, it welcomes applications from both male and female international students who are interested in applying for one of the study programs listed below. 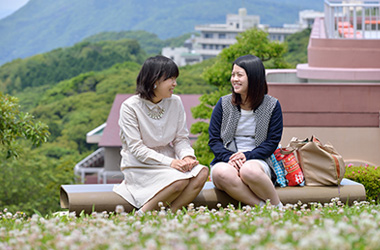 The university sits on a spacious campus with a beautiful view looking out to sea. Campus facilities include a cafeteria, a convenience store, a coffee machine, tennis courts, a sports hall, a library, computer rooms and a museum.

Next door to the university, the Sisters run a nursing home for atomic bomb victims. In 1981, it received a visit from Pope John Paul II.

Study abroad with us 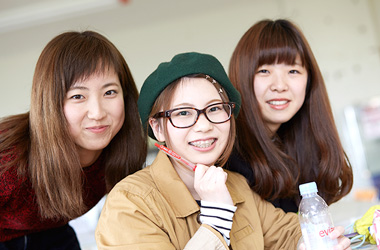 Nagasaki is a unique place to learn about Japan. Located within a picturesque bay and surrounded by luscious green mountains, the city offers a stunning backdrop in which to study abroad. Historically Nagasaki is one of Japan’s most important cities, owing in large part to its fascinating 450 year long history of cultural exchange. Several of Nagasaki’s historical locations set to be listed as UNESCO World Heritage sites in 2018.